Infrastructure as a Community

For our first meetup in a long time, we'll have Andrew Ragan and Jonathan Lynch talking about “Infrastructure as a Community with Chef & Jenkins Job DSL”

Arcady and Conor will give an overview on how the search team use a devops approach to support a stable search platform for hundreds of thousands of users worldwide.

Andrew is a Software Developer on the Operations Engineering team at Workday. He helps build systems that empower Workday’s large engineering community to manage tens of thousands of servers. In his previous role, he helped build a successful self-service cloud platform at Fidelity Investments. Andrew & his family returned home to Ireland from Texas in 2018 where he developed a Brisket addiction & an appreciation for Ireland’s non-lethal weather. Andrew will share some strategies to deal with the challenges that come with scaling configuration management. (a.k.a Avoiding “Whoopsies at Scale”!)

Jonathan is a Software Developer who has experience working throughout the stack. He works on the Opseng team in Workday who deal with a range of technologies involving, Ruby, Chef, AWS, K8s and airplants. He will be talking about the world of automation technologies with kube Jenkins and the power of Jenkins Job DSL plugin. In his spare time he builds guitars and plays music.

Conor Keegan is engineering manager of Workday's search team where he is responsible for the team's delivery and support of a new search architecture using a devops model. Before Workday he was a principal engineer at the BBC in a devops team working on products for radio and television online, such as BBC iPlayer and various radio and music APIs.

Arcady Chumachenko (aka RKD) is senior engineer on the search team and is currently leading the effort to retire parts of our old search system and deliver a new, scalable, search platform based on Scala microservices and Elasticsearch. Before Workday he worked with a number of startups in Russia and Ecuador, including Upshot which was ultimately acquired by Workday.

Big thanks to Workday for supplying us with the space, food, and drinks.

Are you organizing Infrastructure as a Community?

Claim Infrastructure as a Community

Are you an organizer of Infrastructure as a Community ? 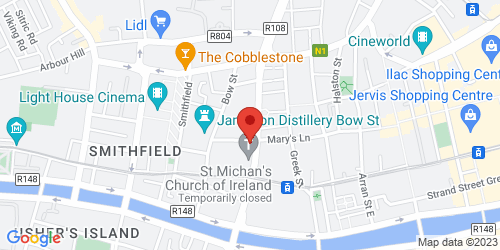