Join us at this meeting hosted by Stephen Twigg MP Chair of the International Select Committee where we will discuss the 2030 Sustainable Development goals and the role of Government and members of Parliament.

On September 25th 2015, countries adopted a set of goals to end poverty, protect the planet, and ensure prosperity for all as part of a new sustainable development agenda. Each goal has specific targets to be achieved over the next 15 years.

They seek to build on the Millennium Development Goals and complete what these did not achieve. They seek to realize the human rights of all and to achieve gender equality and the empowerment of all women and girls. They are integrated and indivisible and balance the three dimensions of sustainable development: the economic, social and environmental.

How can we all be involved in this and what role should Parliament and Government play?  These are some the questions we hope to answer and at this meeting we will be looking at the role of Government and Parliament and how we can influence this.

And helping us with have some of the central players in this discussion.

Kate Osamor MP worked for 15 years in the National Health Service. In 2014 Kate was elected as a member of the National Executive Committee of the Labour Party and in 2015 as MP for Edmonton. She is now the Shadow International Development Secretary.

Jeremy Lefroy MP serves on the International Development Select Committee, where he sits as one of 11 members. He is also Vice Chair of the All Party Parliamentary Group on the SDGs. In the past he has also served on the Health and Social Care Bill Committee. Jeremy is also Chair of the Parliamentary Network on the World Bank and IMF. Jeremy is the member of Parliament for the Stafford. Jeremy did a previous meeting with us on Global Health & Climate Change and is passionate about the issues of global health.

We are also working with the Parliamentary Outreach Team in Westminster and on February 28th will be holding a House of Commons Meeting with that team to see how best citizens can influence MPs, Ministers and Select Committees so the time of this is ideal as it will prepare us for the meeting with Stephen and Kate.

Are you organizing House of Commons Meeting - Ending World Poverty & The 2030 Sustainable Goals?

Are you an organizer of House of Commons Meeting - Ending World Poverty & The 2030 Sustainable Goals ? 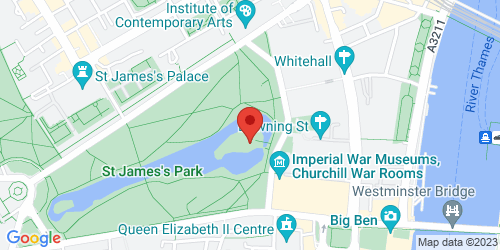