Hear from 3 top speakers!! (a.k.a. the Functional United event)

This event is a fantastic opportunity to get a taste of what gets done out in the wild to create successful, functional projects:

• from empowering teams by injecting a little functional with Pluralsight author, Mark Seemann

• to an ask me anything session with ex-local, now Redmond initiate, Damien Edwards

For this event, we're combining forces with the like minded Alt.NET group.

Want to pick up some automated testing tricks, or are you looking to up-skill your team in CI, CD, TDD or FP?*  Well, we're pleased to announce that international speaker and author Mark Seemann will be dropping in to F# Sydney while he's visiting Oz for { NDC Sydney }

Mark is based in Copenhagen, Denmark, and writes and blogs on a variety of topics, from .NET Dependency Injection, CQRS, Windows Azure, SOLID, TDD and unit test patterns.

Rachel Reese is a long-time software engineer and math[s] geek who can often be found talking to random strangers about the joys of functional programming and F#. She currently handles training & evangelism for Jet.com in the NYC area

Rachel has formed the habit of starting user groups: so far in Hoboken, NJ (Pluralsight Study Group), Nashville, TN (@NashFSharp) and Burlington, VT (@VTFun). She's also an ASPInsider, an F# MVP, a Xamarin MVP, a community enthusiast, one of the founding @lambdaladies, and a Rachii. You can find her on twitter, @rachelreese.

btw: don't let Rachel's mild-mannered alter ego fool you for a second. They take F# seriously over there in Jet.com land. They've got something like 720M in funding, but who's counting? Something's cooking!

Damian Edwards - An AMA Session (Ask Me Anything)

Damian is an Aussie, who moved to Redmond a while back and got involved in a couple of small ASP.NET related products at Microsoft you might have heard of; WebForms, SignalR, and ASP.NET Core. You might even have used some of them :-)

Given we love interactive sessions, we've decided to make this completely interactive! Damian is simply going to stand at the front of the room while you pepper him with questions. Awesome!

As a way of having a bank of questions to start off with, add any burning questions you have as a comment and we'll ask it on the night.

Are you organizing Hear from 3 top speakers!! (a.k.a. the Functional United event)?

Claim Hear from 3 top speakers!! (a.k.a. the Functional United event)

Are you an organizer of Hear from 3 top speakers!! (a.k.a. the Functional United event) ? 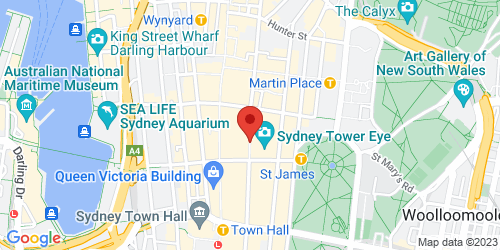