Taking risks, what it’s like to fail, and how to come back from that failure by Nine Ten Capital

We are excited to announce that we will have the partners from Nine Ten Capital joining us for our risky talk this month. The principals of Nine Ten Capital have closed over €3.5 billion in deals and assist companies in raising capital for their Series A and beyond.

Gilad Regev and Eran Aloni from Nine Ten Capital will give pointers, share their personal experiences, and explain what it’s like to take risks as an entrepreneur. If you want your startup to succeed, you must take risks, both large and small. Sometimes those risks turn into failures, but other times they turn into a big win. Talking failure’s isn’t always easy, but these guys know that failing can be one of life’s biggest lessons. They are here to share their own failures and successes, what they learned from those, and how to bounce back from it.

About the speakers:
The managing partners (Gilad Regev and Eran Aloni) at Nine Ten Capital (http://ninetencapital.de/) are entrepreneurs turned Investment Bankers. They have a combined 40 years of M&A experience and working with startups. They have completed transactions worth more than 3 billion Euro, have founded startups and raised the capital needed to make them last. As seasoned entrepreneurs active on the scene since 1998, they have the capability to position companies to best attract investors. Because the team has successfully closed large transactions and founded companies, Nine Ten Capital has the unique ability to see your business from both sides of the negotiation table.

Gilad Regev: Gilad has done more than 3 billion EUR worth of deals. He has over 20 years of investment banking experience. Gilad has experience working with global investment banks such as, CITI, ABN AMRO (now RBS), Barclays, and more. He also found and ran, as the lead entrepreneur, a clean-tech startup called Windfire.

Eran Aloni: Eran founded his first company in 1998 and has since then co-founded and managed startups in the fields of IOT, clean tech, interactive design, e-commerce, medical devices, and has solid experience in software and hardware development. He has experience as a mentor to dozens of startups and accelerators and helped fund more than 10 startups to date.

We are looking forward to seeing everyone at this fascinating talk!

Are you organizing H/F Berlin Talk #11: You've got to play big to win big?

Are you an organizer of H/F Berlin Talk #11: You've got to play big to win big ? 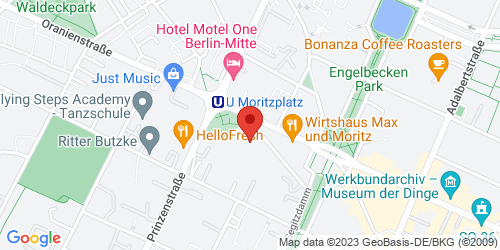