On May 15, we invite you to participate in Global Accessibility Awareness Day (GAAD). The purpose of the day is to get people talking, thinking and learning about digital (web, software, mobile, etc.) accessibility and users with different disabilities.
TOPICS
Sommer Panage's talk will cover the basics of creating accessible applications on iOS and Android. We will begin by discussing principles we employ to make the Twitter native clients accessible. We will then take a quick tour of and iOS and Android APIs that you will find useful for your own development. Finally, we will look at a couple issues we hit at Twitter when making such large-scale apps accessible and discuss how we dealt with them.
Joseph Karr O'Connor will discuss how WordPress powers nearly twenty percent of the world's websites, so improvements to accessibility have great impact. Joe will be talking about the process of making WordPress accessible with a small team of accessibility practitioners.
Yahoo! recently implemented closed caption on their video contents. Karen Chiu (UI designer at Yahoo! Media) would like to share her process working on the closed caption design with you. She’ll be going through principles of accessible design, challenge between designing and the regulations, technical issues, to sharing the results of user study.

SPEAKERS
Sommer Panage is currently the lead for Mobile Accessibility on iOS and Android at Twitter. Before moving into this role, she worked on various iOS projects such as DMs and Anti-spam. Prior to coming to Twitter, Sommer worked on the iOS team at Apple. She earned her BA in Psychology and MS in Computer Science at Stanford University. In her free time, Sommer enjoys performing as an aerialist, playing her flute, and traveling.

Joseph Karr O'Connor has been an Accessible UX practitioner since 1999 and worked in higher ed for many years. He is the WordPress Accessibility Team Lead and also works with Knowbility, a worldwide leader in accessible information technology. An invited expert on the W3C HTML Working Group he is also working on the newly formed W3C Cognitive and Learning Disabilities Accessibility Task Force.

Karen Chiu is a communication designer at Yahoo! Media. She focuses on branding, user interface design and user experience design. Karen graduated from Art Center College of Design for trans-media design after studied two years of majoring Economic and Business in community college. She was born in Taipei, Taiwan, and raised in U.S. Currently lives in California.

PANELISTS
CARA QUINN
Cara Quinn currently works as an iOS software designer and developer for LookTel.com. She is a member of the Maccessibility Round Table Podcast (an accessibility-focused tech podcast, cited by the BBC as being number one, worldwide, of its top five favorite tech podcasts for the disabled). In addition to owning and moderating the MacVisionaries and VIPhone email lists (two premier online resources for visually impaired Mac and iOS customers), Cara also works with Draconis Entertainment, designing and developing audio games for the visually impaired community. As well as developing accessible software, Cara is also a model and musician. “I feel that my love of art and my creative background really complement my design work. Like art, good accessible design really shows an elegance and inspiration. These are innovative qualities. So accessibility and innovation go hand-in-hand.”
PATRICK BURKE
Since 2005 Patrick Burke has been the Coordinator of UCLA's Disabilities & Computing Program. He is also a representative for UCLA on the UC Electronic Accessibility Leadership Team, working on system-wide accessibility issues. Patrick began working for DCP in 1994. Unfortunately, innovations in mainstream technology frequently don't mesh with adaptive tech. This means that users with disabilities are still often blocked from full participation in the digital world. Patrick's primary goal now is to ensure that accessibility concerns are considered and addressed early in the design process, for web systems, software and hardware.
CHUCK BLANCHARD
Chuck Blanchard is currently a cofounder of LookTel.com, developing iOS apps for the blind. Chuck has been an application designer, developer and programmer for over 25 years. In that time he has worked on pushing the boundaries of the human/computer interface. He was one of the original virtual reality developers and on one of the first teams to use facial recognition in a consumer application. An accessible interface is frequently a precursor for mainstream application functionality. The best current example of this is voice recognition, voice control and text output. Once the domain of added functionality for the disabled, these capabilities are rapidly becoming expected in off-the-shelf products. Chuck is continually interested in exploring the blurred area between an accessible user interface and mainstream functionality. Chuck has multiple sclerosis and uses a wheelchair.
ZAHIR HERZ
Zahir is currently an Android Developer working on an app for FX Networks. Previously he was a Senior Web Developer working for Fox Digital Media with an emphasis on video players for the web, mobile and set top boxes. He graduated with a Bachelor of Science and a minor in Jazz Studies from USC. Zahir play the saxophone, piano and guitar.
VENUE

Come see why Fandango is the go-to destination for more than 30 million moviegoers each month. Fandango helps movie fans discover, buy tickets and share their passion for movies in a more engaging and interactive way.

Fandango entertains, informs and guides film fans with must-see trailers and movie clips, exclusive and original content, insider news and expert commentary. We make it easy to find and buy the right movie at the right time, with showtimes and ticketing to more than 23,000 screens nationwide. Fandango is available online, and through our award-winning mobile and connected television apps with over 40 million downloads and counting.  We welcome movie fans on Facebook, Twitter, Instagram, Tumblr, Google+ and Pinterest.
SOCIAL MEDIA
Web: http://www.globalaccessibilityawarenessday.org 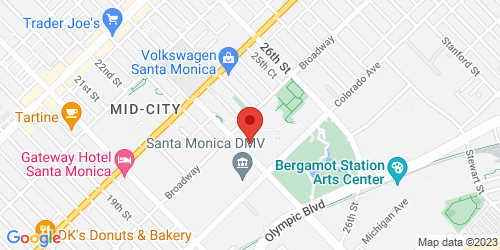