From Intuition-Driven to Data-Driven in one year: a True Story

We are proud to inaugurate the group with a first Meetup in February that we hope you find as exciting as we do! 🤩 Antonio Momblán will come to Geoblink offices to give a technical talk about analytics transformation at Cabify.

*** From Intuition-Driven to Data-Driven in one year: a True Story ***

Cabify was established in 2011 in Madrid. Ever since its creation it has been in constant expansion and now it's present in 45 cities of 12 countries. As you might imagine, growth implies a lot more data being generated and processed (and with a lot of data comes a big responsibility...).

Towards the end of 2017 only a small portion of that data was being analyzed, and only the members of the business team had access to such tools.

At that point we made our mission to democratize access to data, and we built the analytics infrastructure that is currently in use across the company. A lot of teams use it to make and support different types of decisions, and also to participate in its maintenance developing ML models "like a boss".

During the last 13 years I have been dedicated to software development, specially back end (although sometimes I find front end also interesting). I have built both small applications and systems used by millions of people. And in all cases with a strong vocation :D

In November 2017 Cabify gave me the opportunity to open a new perspective in the development of software and I became Data Engineer. In my spare time I enjoy/suffer from my kids, and in the remaining microseconds I play guitar or try to break my Raspberry Pi.

The talk will take around 45 mins, followed by pizza + beer networking.

Are you organizing From Intuition-Driven to Data-Driven in one year: a True Story?

Claim From Intuition-Driven to Data-Driven in one year: a True Story

Are you an organizer of From Intuition-Driven to Data-Driven in one year: a True Story ? 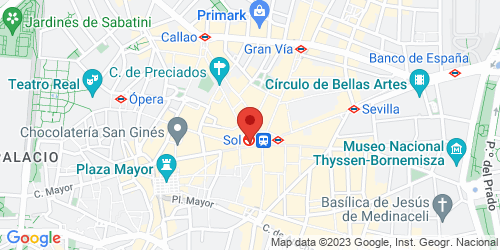