Finding Money in the Cloud with Stephen Skrzydlo

Money doesn't grow on trees, but it can be found in certain clouds.

As D2L has shifted significant portions of its compute into Amazon Web Services (AWS),  a lot has been discovered about how to be cost effective when operating in the AWS Cloud.  Come learn from D2L's successes and missteps, find out how to save money within AWS' ecosystem, and hear about how to make use of some interesting features in AWS. Stephen S. Skrzydlo has been with D2L for 11.75 years and in that time has served in various capacities. After starting as Tier 3 Support, Stephen led the Deployment team, gaining expertise in Operations. By founding an internal data team within D2L, Stephen began bringing client data to the forefront of the Development organization. Lately Stephen has been focused on cost optimization and future-proofing architectures while working with groups throughout the company at bringing D2L into AWS. Stephen considers himself a professional pessimist.  Stephen has a Bachelors of Mathematics in Computer Science and a Masters of Management Sciences, both from the University of Waterloo.

Join us at D2L at 151 Charles St West in the Tannery on Monday, March 20 from 6:30-8:30pm.  Take the elevator to the 3rd floor where a D2Ler will greet you. This is a free event that is open to the public. RSVP today on Meetup.

Free parking is available in the Tannery parking lot. We will have local craft beer and snacks available.

Are you organizing Finding Money in the Cloud with Stephen Skrzydlo?

Claim Finding Money in the Cloud with Stephen Skrzydlo

Are you an organizer of Finding Money in the Cloud with Stephen Skrzydlo ? 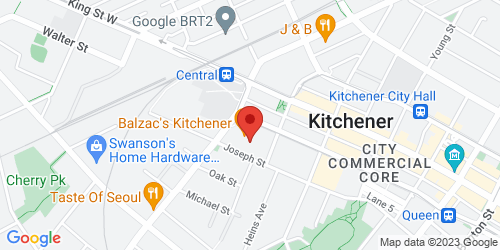