2018 is a going to be a big year for Julia. We're close to releasing version 1.0, and JuliaCon comes to London in August. At the user group, we have an exciting series of events planned throughout the year. To kick things off, we have a set of two interesting talks on Monday, the 19th of February, from Thibaut Lienart and Zac Nugent.

Thibaut Lienart is a PhD student in computational statistics at the University of Oxford, now based at the Alan Turing Institute. His talk will describe "Piecewise Deterministic Samplers", a new type of sampler for probability distributions that can exploit conditional independence structure.

In this talk he'll present PDSampler, a Julia package that implements the “Bouncy Particle Sampler” as well as similar samplers which are “rejection-free”, which have been shown to outperform standard samplers such as Hamiltonian Monte Carlo on constrained domains. These samplers can also be applied on graphical models exploiting the conditional dependence structure which most existing samplers can’t do well.

He will give a non-technical overview of what these samplers do and try to motivate why they’re interesting. He'll also explain why he coded this in Julia and what was his experience with using Julia for research code.

Zac Nugent is one of the primary developers of the julia-vscode extension, which is one of many environments available to develop your Julia projects. Powering it is an ecosystem of packages designed to reinterpret source code in a variety of ways intending to help you write more readable code with fewer errors, more quickly. In this talk he'll start by briefly describing the featuers of julia-vscode and the roles played by the packages: CSTParser, LanguageServer, DocumentFormat, and StaticLint. The aim of the project is to perform real-time (per keystroke) analysis of code and we’ll look at the approaches used, and the challenges involved. He'll finish up with a description of future development plans.

This month, we have a great new location, thanks to our friends at Microsoft. The Microsoft Reactor space is a brand new facility in the City where we will host this and future meetups. We will start with Pizzas and networking at 6PM, and talks will begin at 6:45. We expect to finish around 8PM, and retire to a pub around the corner. And starting March, we intend to run a series of hands-on Julia training workshops. Watch this space!

Are you an organizer of February Meetup : Bouncy Particle Sampler / Visual Studio Code ? 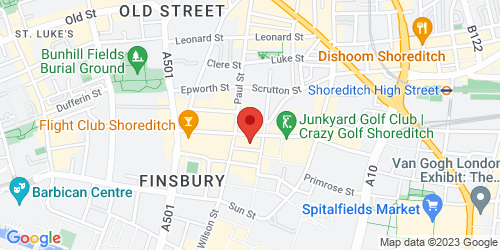