Fabricating the Future: Makers in the Shared Economy

Physical fabrication forms a core discipline of contemporary design education. The mandate to ‘make’ crosses almost every path a student can take through school. And just as often as designers, creatives, technologists, policy makers, faculty, and students are asked to substantiate their design research with physical products, they find opportunities to turn made objects into launching points for truly creative research. Meanwhile in the city, practicing makers increasingly blur the distinctions between digital and ‘conventional’ fabrication, as well as the meanings of ‘research’ and ‘product.’ This selection of designers does exactly that, with work that is as creative and conscientious as it is accomplished and entrepreneurial.

This panel discussion (workshop) will offer the opportunity to further extend the domain of innovative methods and technologies within digital fabrication in the field of design and built environment, through an active presentation of three to four presenters, and a moderated panel discussion. Meanwhile, the discussions will include participation and extend partnerships between New York and learning further from a) Autodesk (in San Francisco and Boston), b) from the various actors within the NYCEDC Futureworks partnerships in New York, such as NEW Inc, NEW lab, A/D/O, and c) bring the foundations of these relationships from NYC institutions such as Parsons and the Future Factory (http://futurefactory.cc) lab, Columbia GSAPP, and CUNY, and d) to foster a critical discussion on the future of urban living. Future Factory (FF) with the intention of it being an educational and student led “research group and laboratory investigating the access and ownership of technological information that is distributed amongst the various private and public players within New York City”, the mentorship through the various mentioned players, especially through discussion with the Futureworks network, could better structure the future discussions of:

These research interests of the above three categories, with the assistant of the research assistants already part of the research lab, will then be documented through case-studies broadcasted on the website and shared within the larger community.

Wendy W Fok, trained as an architect, is the creative director/founder of WE-DESIGNS. She is featured as Autodesk Remake’s list of 25 Women in Reality Computing (2017), winner of the Autodesk AiR Fellowship (2016), Young CAADRIA Award (2015), Digital Kluge Fellowship awarded by the Library of Congress (2014/15), the Art Director’s Club of New York’s ADC Young Guns 11 Award (2013), AIA Dallas “Express Yourself” Women in Architecture Award (2013), and selected designer of the Perspective 40 under 40 Award (2011) and the Hong Kong Young Design Talent Award (2009). Fok completed her Doctor of Design at Harvard University’s Graduate School of Design, with collaborating department the Harvard Law School, and was a Teaching Fellow for CopyrightX. She has a Master of Architecture and Certification of Urban Policy/Planning from Princeton University, and a Bachelor of Arts in Architecture with a Concentration in Economics (Statistics) from Barnard College, Columbia University. Notably, WE-DESIGNS has been selected by Twenty+Change (co-curated by Heather Dubbeldam and Lola Sheppard) as 1 of 20 Emerging Canadian Design Practices (2011); Meanwhile, Fok has independently been selected as a Western Living Designer of the Year – Ones to Watch – Maker Category (2016) and 1 of 13 DX (Design Exchange) Emerging Talent Awards (2013/14) across Canada. Along with her practice, Fok is an Assistant Professor of Integrated Design at Parsons School of Design Strategies (SDS).

Alex Darby is a Sydney-born, New York-based cultural producer, curator and contemporary jeweler. She is currently Head of Operations & Production at NEW INC, the New Museum’s incubator for art, design, and technology. Darby’s curatorial projects & events, which are guided by critical theory and digital culture, count exhibitions, conferences and site-specific installations in Australia, the United Kingdom, and the United States. She holds an MA in Art History, and a BVA (Hons) in Jewelry and Object Design from the University of Sydney.

Ari Joseph is a designer, art director and creative community builder in Brooklyn, NY. A native New Yorker, he has built out spaces experiences for creatives in New York since 2010 including festivals, retreats and organizations including most recently automotive brand MINI's experimental A/D/O project in Greenpoint. He completed his Master's in Interactive Design at NYU's Interactive Telecommunications Program (ITP) under the guidance of Red Burns, Clay Shirky and others.

David Eric Belt is an American-born international real estate developer and entrepreneur. He is the founder and managing principal of Macro Sea, New Lab, and DBI Projects. Belt and his firms are known for undertaking creative projects that repurpose pre-existing objects and municipal or commercial spaces.

William McHale
Director of the Making Center
Parsons the Newschool

Will McHale is Director of the Making Center at Parsons School of Design in NYC. He has taught design in multiple universities and managed a few design shops over the last 15 years. Will was a founder of Philly Works, worked on projects like PEW awarded Structure and Surface, and is currently consulting in efforts to develop more local production capability in textile manufacturing through partnerships in Jersey City, NJ and Beacon, NY. Will has an MID in Industrial Design from University of the Arts.

Are you organizing Fabricating the Future: Makers in the Shared Economy?

Claim Fabricating the Future: Makers in the Shared Economy

Are you an organizer of Fabricating the Future: Makers in the Shared Economy ? 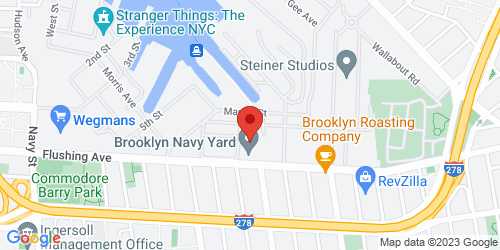