dotBrighton Xmas Special: The Future of Flash with Seb Lee-Delisle

The Flash community is getting squeezed on all sides with a proliferation of competing technologies. In this special Christmas edition of the highly acclaimed “What the Flux!?” presentation, I’ll investigate Flash’s place among this now crowded rich media space.
With guest appearances (via video) from  Andy Budd, Jeremy Keith,  Remy Sharp, Jer Thorp, Brendan Dawes and Branden Hall. And you could win a prize in the extended edition of our iPad and WiiMote controlled gameshow, Flashy Fortunes!

In a change from our usual venue, we'll be meeting at the Lighthouse this time round.  There will be abar and after the talk, you are invited to drink it dry and celebrate Christmas with us dotBrighton style!
Tickets will be available at noon on Wednesday 1st December.  Follow @dotBrighton on Twitter for updates.
LIVE LINK UP WITH HAMBURG! In this special meeting, we'll be broadcasting to our friends at the Flex User Group Hamburg!

This week's session description in the style of Capra's "It's a Wonderful Life" :
It was Christmas Eve, and Seb Bailey stood on the snowy bridge and stared down at the icy water ready to engulf the technology he loved. Thoughts rushed over him in torrents. ‘Apple vs Adobe, Flash vs HTML5, what does it mean? Is Flash dead? Is Apple evil? Is Android the future?‘ Would it work out, should he end it all? Wracked with desperation, he was about to plunge to his doom, when another man threw himself in first. Forgetting his own safefy, Seb dived in and dragged the drowning man to shore.
‘Who are you?,’ Seb demanded.
‘Clarence Flash, AS2,’ spluttered the man.
‘AS2? What does that mean?’
‘Angel Second Class. I haven’t earned my wings yet. I dived in to save you, to show youhow much poorer the Internet would be without Flash. I’ll earn my wings, if you spread the word.’
Seb looked into the man’s warm eyes and saw a bright future for Flash.
‘You’re right Clarence! I need to tell everyone what my friends Jer Thorp,Brendan Dawes, Branden Hall, Andy Budd, Jeremy Keith, & Remy Sharpthink about Flash. I will do it at 7pm on on Wednesday December 8 at the Lighthouse. And afterwards, we will celebrate by playing computer games!‘
Clarence smiled and said ‘it’s cliched to be cynical at Christmas. Merry Christmas Everyone!’

Are you organizing dotBrighton Xmas Special: The Future of Flash with Seb Lee-Delisle?

Are you an organizer of dotBrighton Xmas Special: The Future of Flash with Seb Lee-Delisle ? 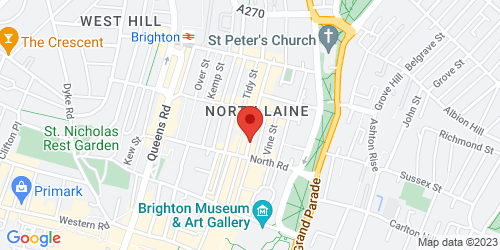