C. F. Jeff Wu is the Coca-Cola Chair in Engineering Statistics and Professor in the H. Milton School of Industrial and Systems Engineering at Georgia Tech.

He was elected a Member of the National Academy of Engineering (2004), and a Member (Academician) of Academia Sinica (2000). A Fellow of the Institute of Mathematical Statistics (1984), the American Statistical Association (1985), the American Society for Quality (2002), and the Institute for Operations Research and Management Sciences (2009). He received the COPSS (Committee of Presidents of Statistical Societies) Presidents' Award in 1987, which was given to the best researcher under the age of 40 per year and was commissioned by five statistical societies. His other major awards include the 2011 COPSS Fisher Lecture, the 2012 Deming Lecture (plenary lectures during the annual Joint Statistical Meetings), the Shewhart Medal (2008) from ASQ, and the Pan Wenyuan Technology Award (2008). In 2016 he received the (inaugural) Akaike Memorial Lecture Award. In 2017 he received the George Box Medal from ENBIS. He has won numerous other awards, including the Wilcoxon Prize, the Brumbaugh Award (twice), the Jack Youden Prize (twice), and the Honoree of the 2008 Quality and Productivity Research Conference. He was the 1998 P. C. Mahalanobis Memorial Lecturer at the Indian Statistical Institutes and an Einstein Visiting Professor at the Chinese Academy of Sciences (CAS). He is an Honorary Professor at several institutions, including the CAS and National Tsinghua University. He received an honorary doctor (honoris causa) of mathematics at the University of Waterloo in 2008.

His work is widely cited in professional journals as well as in magazines, including a feature article about his work in Canadian Business and a special issue of Newsweek on quality. He has served as editor or associate editor for several major statistical journals like Annals of Statistics, Journal of American Statistical Association, Technometrics, and Statistica Sinica. Professor Wu has published more than 175 research articles in peer review journals. He has supervised 49 Ph.D.'s, out of which more than 25 are teaching in major research departments or institutions in statistics, engineering, or business in US/Canada/Asia/Europe. Among them, there are 21 Fellows of ASA, IMS, ASQ, IAQ and IIE, three editors of Technometrics, and one editor of JQT. He co-authors with Mike Hamada the book "Experiments: Planning, Analysis, and Optimization" (Wiley, 2nd Ed, 2009, 716 pages) and with R. Mukerjee the book "A Modern Theory of Factorial Designs" (Springer, 2006).

Are you an organizer of Distinguished Lecture Series in Statistical Sciences: Jeff Wu ? 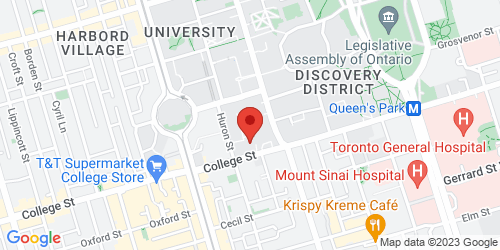