Deep Learning is not like brains: about Machine Learning and Optimal Control

We are pleased to invite you to our first meet-up on Artificial Intelligence taking place on November 23rd. In this talk, Prof. Dr. Patrick van der Smagt will talk about machine learning and biological movement behaviour.

Deep learning is increasingly successful in task domains that, until recently, were human: image classification, face recognition, gaming, audio transcription, ...  but we're far from recreating a human brain.  Arguing that similarities are only phenomenological, we'll discuss how that still helps in improving machine intelligence. Examples will focus on movement representation and robotics.

In his talk he will show how we can understand and replicate biological movement behaviour, and use those to obtain efficient approximations to optimal control in complex agents.

Patrick will demonstrate how probabilistic inference can be used to obtain efficient neural networks. He will then extend this method for time series modelling.

Patrick van der Smagt is head of the Volkswagen Group AI Research Lab in Munich’s Data Lab, focussing on deep learning for robotics. He previously directed a joint lab on biomimetic robotics and machine learning as professor for computer science at TUM and head of the ML lab at fortiss Munich.

He is founding chairman of a non-for-profit organisation for Assistive Robotics for tetraplegics and co-founder of various companies.

A Quick Introduction to Neural Networks

Are you organizing Deep Learning is not like brains: about Machine Learning and Optimal Control?

Claim Deep Learning is not like brains: about Machine Learning and Optimal Control

Are you an organizer of Deep Learning is not like brains: about Machine Learning and Optimal Control ? 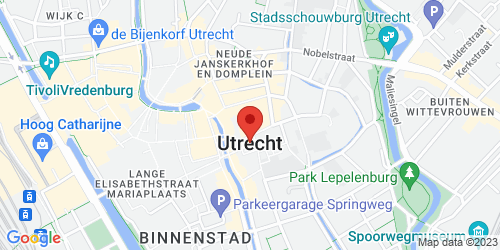