Stay tuned for details on our November meeting.

Due to unforeseen circumstances, Bill Dally will not be able to present at our November meeting. We will work to reschedule him for a future date.

The current resurgence of artificial intelligence is due to advances in deep learning. Systems based on deep learning now exceed human capability in speech recognition, object classification, and playing games like Go. Deep learning has been enabled by powerful, efficient computing hardware. The algorithms used have been around since the 1980s, but it has only been in the last decade - when powerful GPUs became available to train networks - that the technology has become practical. Advances in deep learning are now gated by hardware performance. This talk will review the current state of deep learning hardware and explore a number of directions to continue performance scaling in the absence of Moore’s Law. Topics discussed will include number representation, sparsity, memory organization, optimized circuits, and analog computation.

Bill Dally is Chief Scientist and Senior Vice President of Research at NVIDIA Corporation and an Adjunct Professor and former chair of Computer Science at Stanford University. Bill is currently working on developing hardware and software to accelerate demanding applications including machine learning, bioinformatics, and logical inference. He has a history of designing innovative and efficient experimental computing systems. While at Bell Labs Bill contributed to the BELLMAC32 microprocessor and designed the MARS hardware accelerator. At Caltech he designed the MOSSIM Simulation Engine and the Torus Routing Chip which pioneered wormhole routing and virtual-channel flow control. At the Massachusetts Institute of Technology his group built the J-Machine and the M-Machine, experimental parallel computer systems that pioneered the separation of mechanisms from programming models and demonstrated very low overhead synchronization and communication mechanisms. At Stanford University his group developed the Imagine processor, which introduced the concepts of stream processing and partitioned register organizations, the Merrimac supercomputer, which led to GPU computing, and the ELM low-power processor.

Bill is a Member of the National Academy of Engineering, a Fellow of the IEEE, a Fellow of the ACM, and a Fellow of the American Academy of Arts and Sciences. He has received the ACM Eckert-Mauchly Award, the IEEE Seymour Cray Award, the ACM Maurice Wilkes award, the IEEE-CS Charles Babbage Award, the IPSJ FUNAI Achievement Award, the Caltech Distinguished Alumni Award, and the Stanford Tau-Beta-Pi Teaching Award. He currently leads projects on computer architecture, network architecture, circuit design, and programming systems. He has published over 250 papers in these areas, holds over 160 issued patents, and is an author of the textbooks, Digital Design: A Systems Approach, Digital Systems Engineering, and Principles and Practices of Interconnection Networks.

This event is co-sponsored by the IEEE Orange County Computer Society and the Los Angeles Chapter of the ACM.

Are you organizing Cancelled: Deep Learning Hardware: Past, Present, and Future?

Are you an organizer of Cancelled: Deep Learning Hardware: Past, Present, and Future ? 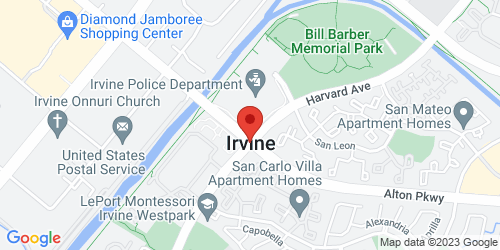