Communicating Security to Executives (And Yourself to Recruiters)

Data scientists want clean data, and business leaders want actionable data. But how can we manage our organization and communicate the tradeoffs between speed and security?

Join us as Conrad Meertins (CEO of Famteck) leads a discussion on communicating data security to executives.

Also join us as Marko Stamenic leads another "Career Corner" on the nuances of working with recruiters and online job boards.

Conrad attended St. John’s University in Queens, New York, for his Bachelor of Science (B.S) in Computer Science and Master of Science in Mathematics (M.S). After moving to Georgia, he received his Master of Business Administration (M.B.A) from the Georgia Institute of Technology (Georgia Tech). Conrad also has many technical and leadership certifications, such as Oracle DBA Masters and CCNA.
While living in New York, he was an Assistant Vice-President at Citibank/Citicorp Brokerage and Manager at Salomon’s Brothers Brokerage on Wall Street. The software he helped to write traded billions of dollars daily. In Georgia, Conrad held various leadership roles at Sprint, the Center for Disease Control (CDC), Internet Security System (ISS), and HD Supply, to name a few.
With over 25 years in Information Technology, Conrad brings a wealth of experience in disruptive technology related to Database Security, optimization, and doing more with less.

Are you organizing Communicating Security to Executives (And Yourself to Recruiters) ?

Claim Communicating Security to Executives (And Yourself to Recruiters)

Are you an organizer of Communicating Security to Executives (And Yourself to Recruiters) ? 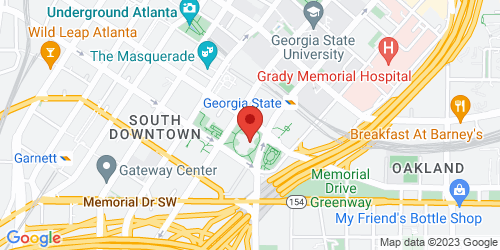