As Cloud Native technology seems to grow up quickly, we started to widely use it for Enterprise applications, both small and large, for new applications and even for operating legacy applications.

Therefore, "Enterprise Cloud Native" will be the overarching subject of the next couple of Cloud Native Nights.

***Sneak Preview Cloud Native Con Talk***
Abstract: Istio is the cool new kid on the service mesh block: it can be deployed without the need for any change on the microservice-side and enhances their communication paths with encryption, resiliency, identity and access management, observability with metrics and traces and policy enforcement. In this talk Josef will talk you through an Istio sample application incorporating all major features.

Bio: Josef Adersberger is #cloudnativenerd, CNCF member, and co-founder & CTO of QAware, an independent cloud native software manufacturer that has been repeatedly awarded Best IT Workplace in Germany. He studied computer science in Rosenheim and Munich and holds a doctoral degree in software engineering. He is a lecturer for cloud computing at several German universities. He speaks regularly at international conferences like CloudNativeCon NA (2017), Apache Big Data (2017, 2016), Lucene Revolution (2016), MesosCon (2016), Spark Summit (2015).

Imagine a world in which a Kubernetes control plane could govern and control node infrastructure in Kubernetes. In this talk, Sebastian will take the user on an adventurous journey through the Kubernetes API and into the infrastructure layer of the stack.
Sebastian will introduce the idea of Machine API, talk about the patterns behind declarative nodes, and look at the role of the cloud provider within these patterns. The participants will learn how the project integrates cleanly and effortlessly with the Kubernetes API and works out of the box with kubectl. Also, Sebastian will present the work of the official Cluster API effort and the concept of bring-your-own-node-controller.

Bio:
Sebastian Scheele is the CEO and co-founder of Loodse. With Loodse he wants to empower IT-teams to focus on their core mission: writing groundbreaking applications and designing the digital future. Sebastian is passionate about the potential of container and cloud native technologies and has been a major contributor to the development of the Open Source projects K8SNIff and Kube-machine. He is a KubeCon EU and Cebit speaker and has published several articles on Kubernetes in leading tech media including The New Stack.

Are you an organizer of Cloud Native Night: Istio, Machine API ? 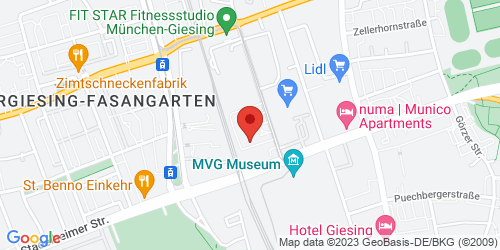