• What we'll do
Details:-
Computer Vision has already made inroads into multiple industries, from common applications like photo tagging and image search to more advanced applications like self-driving cars, medical imaging and surveillance. Self-driving cars use computer vision to see the world around them and assist with collision detection and avoidance. AI can augment computer vision by bringing greater accuracy and automation. For example in surveillance, it can help identify suspects or suspicious activities and send out alerts without human intervention. In this month’s #chAI session, we will discuss AI and computer vision, and delve into its application in surveillance and image recognition.

Speaker Bios:-
Knowledge Session:- Dr Arjun Jain
Arjun is the co-founder of Perceptive Code LLC and an Adjunct Assistant Professor at IIT Bombay. Prior to this, he was a researcher with a special project team at Apple in Cupertino. Before that he was also a post-doctoral researcher at the Computer Science department at New York University's Courant Institute where he worked with Yann LeCun. He received his Ph.D. in Computer Science from the Max-Planck Institute for Informatics in Germany. Broadly, his research lies at the interface of computer graphics, computer vision, and machine learning, with a focus on human pose estimation and data-driven artistic content creation tools. Arjun has worked as a developer for several companies, including Yahoo! in Bangalore and Weta Digital in New Zealand. He has been especially active in the visual effects industry. Arjun served as a developer for Weta Digital’s motion capture system. This system has been used in many feature films, and Arjun was credited for his work in Steven Spielberg’s, The Adventures of Tintin. He has also contributed to major deep learning frameworks such as torch and theano and is a core member of the Theano Development Team. Arjun’s work has resulted in several academic publications, a patent, and has been featured by mainstream media, including in the magazines: New Scientist, Discovery, BCC, Vogue, Wired, India Today, and The Hollywood Reporter, among other outlets.

Startup Session:- Navaneethan Sundaramoorthy
Navanee has 14 years Industry experience and has brought multiple award-winning products to market. He had worked for 11 years at Xilinx Inc in San Jose, CA, USA on various aspects of Embedded systems both hardware and software - 5 years in Engineering and 6 years in Marketing. He is a recognized expert in FPGAs & SoCs and has delivered in-depth hands-on training to thousands of Engineers worldwide in hundreds of companies. He has won awards for various Innovative products including MicroBlaze soft processor, EDK, SDK tools and Zynq-7000 SoC (one of the leading chips used in Automotive vision applications). He holds 3 patents in the areas of processors and FPGAs. Navanee completed his Bachelors in Computer Science & Engineering from College of Engineering, Guindy, Chennai. He completed his Masters in Electrical Engineering from Brigham Young University, Utah, USA.

• Important to know
Location is just above 10000 startups. Parking is available for few on first come first serve basis.

Are you organizing #chAI : Applying AI to Computer Vision?

Are you an organizer of #chAI : Applying AI to Computer Vision ? 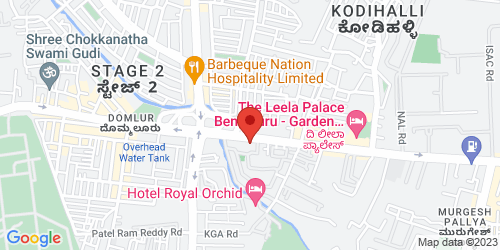