Summer and holiday times are over soon, sad to say. After spending hours on beach, let's now get together in air-conditioned facility to talk and meet in mid August.

Two talks - refreshments before, between and after. Good guys.

A whirlwind tour of RxJS and the most important concepts you need to understand in order to start using its full potential in your applications, which is not just handling an HTTP call! Whether you deal with thousands of key presses, move movement events, touch gestures, remote HTTP calls, or single integers, RxJS treats all of these data sources in exactly the same way, as data streams.

The concept of a stream can be applied to any data point that holds a value. This entails a mental shift in the way you reason about your program’s behavior, especially if you come from an imperative background.

In this presentation, we'll go overboard and build an application using only streams in order to show the possibilities and introduce the most important concepts and techniques that you can leverage.

"Due to unrealistic expectations he had, former CTO Mr. Martin fired and here's a new guy on the stage, the new CTO of our company. Who is one of us. Who knows developers' aspects and daily problems.

And who has new and revised expectations... And you'll love them. ... For a while!"

Goal of this talk is to highlight the fact that the way how we, developers act daily and the attitudes we have must be changed very soon. It's not just about front-end development, but rather about common things in software development.

Are you organizing BudapestJS 2017 August?

Are you an organizer of BudapestJS 2017 August ? 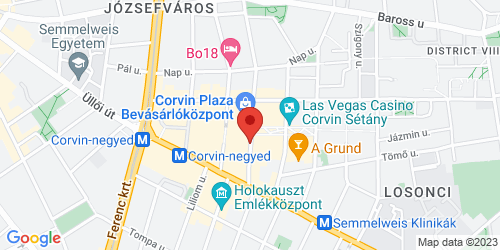