Calling our Dublin based community. Join us on October 9th as we uncover ‘Blockchain: What Comes First? Opportunity or Threat?’

Blockchain the ingenious, decentralised complex invention that has taken over the financial world. The Economist (2015) has suggested that Blockchain is “a mundane process that has the potential to transform how people and businesses cooperate.” It is inevitable that with any new technology comes an array of threats. Organisations can be reluctant to change, especially in highly regulated industries such as finance, banking, and governance. However, Blockchain has been introduced to speed up the process automation, evolving the way businesses operate and making cross-border business more efficient.

Our panel discussion will be uncovering a range of opportunities, threats, challenges whilst determining how Blockchain has the capacity to reshape the future of technology.

We will be providing complimentary food, drinks and the opportunity to network with like-minded individuals. We will be announcing our speakers shortly, so keep your eyes peeled.

Nina Kanti
Blockchain & IoT Engineer- B.Eng Electronic & Computer Engineer named top 22 high-flying scientists of 2019 by Siliconrepublic and winner of Openet’s most innovative thesis. Nina completed an industry-sponsored blockchain & IoT thesis exploring blockchains peer-to-peer capabilities to validate, transfer and scale IoT data. She is a huge advocate of women in STEM holding a previous position as the president of the DCU Women in Engineering Initiative during her time in DCU and continues to be a volunteer and guest speaker at women in STEM events including being a mentor at Dogpatch Labs CoderDogo.

Alan Bermingham
Alan is currently leading a multi-company consortium consisting of both academic and technology organisations with the objective of developing a production-ready Blockchain solution for the Global Supply Chain Industry. Alan was an officer in the Irish Defence Forces for 14 years and served on peacekeeping missions in the Middle East and Africa. On leaving the Defence Forces he joined EY as a manager in their Supply Chain and Operations practice. During this time he worked with multiple private and public sector clients with a focus on process improvement supported by the implementation of IT infrastructures. Following this he worked with Retail in Motion, an innovative tech company focused on the airline industry, as head of client solution design and implementation. Alan holds a Masters in Supply Chain Management from Smurfit Business School.

Owen O'Driscoll
Emerging as a proactive entrepreneurial spirit, he launched his career as a self-employed restaurant owner. Ten years later his insatiable thirst for knowledge drove him to the blockchain space, which is now his main focus. His extensive business expertise and operations experience aids in the introduction of traditional operations to emerging technologies and vice versa. Founder of the Three Initiates, t3i tokenizing real-world company’s, Irish Lead Ambassador for æternity blockchain.

Are you organizing Blockchain: What comes first? Opportunity or Threat??

Are you an organizer of Blockchain: What comes first? Opportunity or Threat? ? 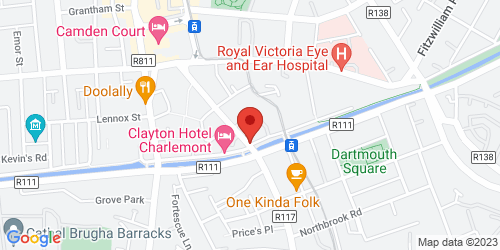