Blockchain and the Internet of Things are not only two of the big buzzwords of our time; the two megatrends also form a fruitful combination when it comes to software architecture, (micro)payments, and device management. Recent developments and new technological innovations such as IOTA show the enormous potential that lies at the intersection of Blockchain and IoT. This is why it's time to throw light on their synergies in another meetup centered around (de)centralized architectures, Blockchain, Ethereum, Smart Contracts and, of course, the IoT.

6 pm: Blockchain Architectures for the IoT

7 pm: IOTA/Micropayments for the IoT

Despite the usual German skepticism about cashless payment systems, micropayment is the future.

Just imagine car parking or e-charging was billed with an accuracy of a second of time. Imagine you could cancel your e-paper subscription and only pay for the articles you actually read – even if it costs only a fraction of a cent. Now imagine all of this was possible without a credit institution acting as intermediary. It already is – thanks to cryptocurrencies.

Since 2009, Bitcoin has been conquering the financial world as the foremost cryptocurrency. Initially, Bitcoin owners were almost exclusively tech-savvy people. But this has been changing gradually. Corporations and banks have started to see the potential of this technology. There are already concrete considerations regarding funds based on different cryptocurrencies. Research on this topic is advancing as well. Bitcoin delivered the first decentralized, anonymous and distributed currency system – and IOTA is now bridging the gap to the Internet of Things.

In his talk, Jannik Hüls will present IOTA as a brand-new cryptocurrency for the Internet of Things. The absence of transaction costs and linear scalability allow for payments in the micro-cent area – be it between people or between machines. Jannik will not only cover the theory, but also present a proof of concept in which his own car is equipped with a hardware wallet. This not only creates a new payment concept, but also a fully automatic and decentralized payment between machines.

• Token transfers with Raiden technology: Getting into the tech heads on and state of the ecosystem.

• The IOT future: A global platform for IOT microtransactions.

• A decentralized energy trading system: Microtransactions in a real world use case.

9 pm: Micropayments for the IoT as Business Model

The fintech startup Quantoz offers professional services to explore emerging blockchain technologies and crypto-currencies, and to understand the potential impact for various industries.

Are you an organizer of Blockchain IoT Night (Meetup #19) ? 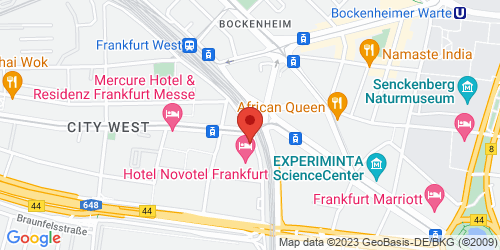