We are happy to share with you that MediChain will be hosting an event on Tuesday 27th Feb on the application of Blockchain in healthcare. They have a unique business model compared with other healthcare blockchain companies, focusing on big-data. MediChain's ethos is to work with EMR/EPR companies to provide value both to vendors and patients.

Please come along to learn more about the technology behind blockchain and the application of blockchain on big-data, meet other Blockchain enthusiasts, share knowledge and build your network.

N.B. *Numbers are limited to 80 due to capacity and will be admitted on a first come first serve basis.*

Mark Baker has worked on Data Driven Medical and Healthcare related projects since graduating Oxford University from a Cancer UK supported scholarship where he brought novel computer and previously unheard of methods to his research laboratory. He went on to work in big data in Pharmaceutical Development and FDA Certification at Janssen Pharmaceutical (Johnson & Johnson), on through the University of Cambridge (working with the UK National Physical Laboratory), followed by work in Cryptography and Machine Learning and on to become CTO of a major European Data and Machine Learning Company. He hold key patents and inventions in IoT and Blockchain. He has recently founded MediChain - The Medical Big-Data Blockchain. Jon Matonis:

Jon Matonis is a Founding Director of the Bitcoin Foundation and his career has included senior influential posts at VISA International, VeriSign, Sumitomo Bank, and Hushmail.
An economist and e-Money researcher focused on expanding the circulation of nonpolitical digital currencies, Jon also serves as an independent board director to companies in the Bitcoin, the Blockchain, mobile payments, and gaming sectors. Jon has been a featured guest on CNN, CNBC, Bloomberg, NPR, Al Jazeera, RT, Virgin Radio, and numerous podcasts. As a prominent fintech columnist with Forbes Magazine, American Banker, and CoinDesk, he recently joined the editorial board for the cryptocurrency journal Ledger. His early work on digital cash systems and financial cryptography has been published by Dow Jones and the London School of Economics.

Adam Leonard is the CEO of BlockEx, a Digital Asset Exchange Platform. Adam speaks regularly around Europe and Asia on the benefits of Blockchain technology specifically around the use cases of digital assets and trading. He holds an architecture degree and continued education in Psychology.

MediChain is a Medical Big-Data Platform for storing and linking medical data to eventually harness the power of big data for augmented medical decision-making. The proposed system allows patients to store their own data using blockchain and off-chain in an appropriate geographic domain, and give access to doctors and specialists anywhere, regardless of the payer network or EMR used. Patients, doctors, and hospitals could put data into a compliant cloud which becomes part of the MediChain ecosystem. Researchers and Pharmaceutical companies will be able to access the data as big-data in fully anonymised form. It is monetized by the ability to voluntarily give anonymised access to untampered data to pharmaceutical companies, researchers and insurers.
Website: https://medichain.online/

Are you organizing Blockchain & Big Data on Healthcare l MediChain?

Are you an organizer of Blockchain & Big Data on Healthcare l MediChain ? 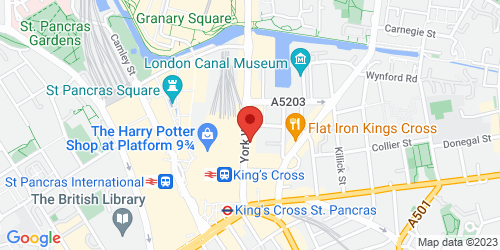