Pleased to announce that Benjamin Hindman the co-creator of Apache Mesos will be in London at the end of September and present at this meetup.

Shoreditch Village Hall have been kind enough to host this event.  Please note however that as they have an event earlier in the day we will be meeting for drinks next door at the Electricity Showroom pub Link at 6:30pm for a drink then moving to the village hall for the talk at 7:30pm.

Operating at web scale requires two key technologies: containerization and cluster scheduling. Now companies of all sizes can scale like Google and Twitter with open source tools like Apache Mesos that lets you run containers at large scale across an entire datacenter or cloud. Apache Mesos is in production use at companies like Twitter, Netflix and Airbnb where it is used to deliver web-scale, fault-tolerant, easy to deploy applications and services. In today's world where applications and data no longer fit on single machines, Mesos is the distributed systems kernel that stitches together all of the datacenter resources (machines or VM instances) into a single pool of resources from which all applications can draw. It is highly-available, fault-tolerant and increases resource utilization dramatically. Mesos provides the primitives and abstractions the lets programmers and operators build and maintain highly complex distributed systems at scale.


Benjamin Hindman is the co-creator of Apache Mesos, a commercial-grade distributed systems platform that turns your entire datacenter or cloud into what looks like one big computer. Ben co-developed Mesos as a PhD student at UC Berkeley’s AMPlab before bringing it to Twitter where it now runs on thousands of machines. An academic at heart, his research in programming languages and distributed systems has been published in leading academic conferences.

Are you an organizer of Benjamin Hindman - How to Scale Like Twitter Using Containers and Apache Mesos ? 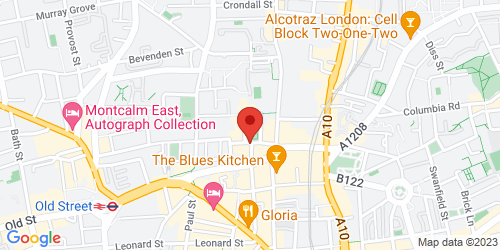