BarCamp: Was the year of 2015 generous to #LTstartups?

It seems like the year of 2015 was not that generous to #LTstartups in terms of investment raised, however, there was a lot of action in other aspects. Does that mean that 2015 was a shift from quantity to quality for Lithuanian Startup ecosystem?

#LTstartups graduated from accelerators such as The Alchemist (InsideWarehouse), Rockstart (Packpin), Startup Sauna (Sidewalk), ChallengeUP (Semseye). Lithuania was mentioned in the international media often this year (Forbes, Techcrunch, Financial Times, The Next Web).

Vilnius TechPark project seems to be moving forward again. GreenGarage - the new makerspace in Vilnius has opened its’ doors this year too.

Hardware startups are getting more popular and recognised worldwide with Deeper winning the CES best of innovation award and Pigeon winning the Core77 Design Awards.

Recent hackathons attract more and more tech savvy people, radio stations like ZIP FM, Opus Radio and Powerhit Radio invite startups to talk almost every week now and you can also see #LTstartups on TV. More and more people seem to understand what the startup is and what could be it’s contribution to the economy and society. 200+ kids gathered in Vinted headquarters to find out more about programming and 2015 seems to be record year for ICT students in Lithuanian universities.

Finally, Trafi raised 5,78 M Eur, the highest series A in Lithuania and later Vittamed beat the record with a staggering 9,3 M Eur series A, putting life sciences startups in the spotlight. Lemon Labs was acquired by a London based startup Wahanda.

Still, in comparison with 2014, when #LTstartups raised 45 M Eur in 29 deals, 2015 with 17 M Eur in 11 deals seems relatively poor. Is there a slowdown in Lithuanian ecosystem or we should not focus only on investment raised?

Let’s meet for a discussion on Thursday, 17th of December. Let’s overview the year of #LTstartups, celebrate success and also discuss on what could be improved.

Participants of the Panel Discussion:

Are you organizing BarCamp: Was the year of 2015 generous to #LTstartups??

Claim BarCamp: Was the year of 2015 generous to #LTstartups?

Are you an organizer of BarCamp: Was the year of 2015 generous to #LTstartups? ? 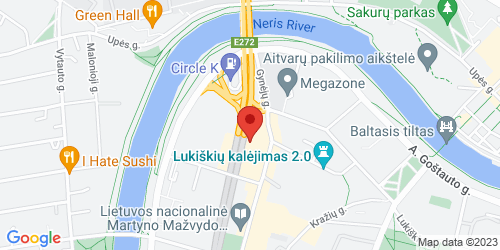