Presentation Part 1
An Ethereum & Holochain Comparison & Why both Technologies are Important Step Changes
Web3 is exploding in all directions and new development paradigms are emerging.
Holochain is pioneering the agent centric paradigm. In this talk we will cover the scope of Bitcoin and Ethereum and the problems they solved and the problems Holochain are out to solve and why they both complement each other.
We will introduce you to the difference between “Agent Centric” and “Data Centric” and how we might just live in a world where the computer doesn’t say “No” as in this Little Britain Episode: https://www.youtube.com/watch?v=AJQ3TM-p2QI

Presentation Part 2
Current Thought Leadership (IMHO) on Blockchain & Securities
When is a cryptocurrency a security? And, when is a CPU state-change a security?

In this discussion, we will explore the:
Issuing;
Trading; and
International Passporting;
of securities.

What Old Skool regulation can be stretched to fit the new?... !

How about trading? The evolution of concepts:
ICO, ITO, ETO

International passporting:
Our American friends; and the reach of Reg S, Reg D and Reg A+;
Zug and the Islands, maybe even Eastern Europe?; and
Australia.

Legally defining:
SmartContract; and
RegTech- Legislation as an oracle?..!

About Thomas
https://www.linkedin.com/in/thomas-miller-3895833b
Thomas is originally trained as a Medical engineer, then self taught developer pioneered the Smart Contract scene in Brisbane, by starting and running the Brisbane Ethereum Meetups holding the first Ethereum meetings back in 2014 from his living room.

His insight led him to be the first person to officially work with ConsenSys in Australia and putting forward the first ConsenSys Australia team. Thomas has built a decentralised ERC20 exchange on 0x protocol, educated banks and run numerous developer trainings around the globe helping teams get setup with Ethereum Blockchain Development.

For the past 6 months Thomas has been raising awareness for holochain, and peer to peer validation and highlights the stability and scalability it brings via his holohcain podcast.

Thomas is not a lawyer and does not give legal advice.

About Louis de Beer
https://www.linkedin.com/in/louisdebeer/
Louis is a solicitor who works in the area of financial services. He is the legal practice director of NXT Legal & Compliance, which has been set up from day one to focus on SmartContract, RegTech and commerce into the Web3 age.

Louis has a background as a CEO and CFO in broadcast media and logistics and understands the issues that businesses face daily.
He has been involved in development of several Web3 offerings and cryptocurrency exchanges.

Are you organizing An Ethereum & Holochain Comparison & Current Thought Leadership on Securities?

Are you an organizer of An Ethereum & Holochain Comparison & Current Thought Leadership on Securities ? 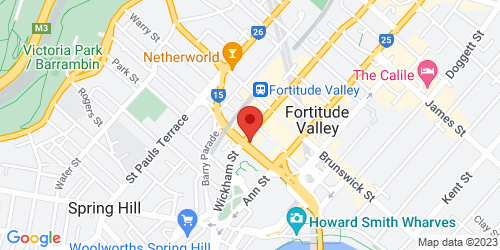