We have partnered with Shazam, one of the world’s most popular apps who will be hosting the event in their incredible Hammersmith space!

Agenda for the evening:

Strangling the Monolith: How Kobalt Music is evolving and growing by breaking its technology stack into more manageable pieces, migrating to the cloud and moving to a more self-service, DevOps-focused model.

Ben is Head of SRE at Shazam, based in London. He leads a team in London and San Diego and is responsible for making Shazam's services reliable and performant for over 120 million monthly active users to enjoy. Before joining Shazam, he was based out of Salt Lake City, Utah, working in Technical Operations for both large and small businesses, including the Salt Lake 2002 Winter Olympics.

Ben will speak about Shazam's SRE journey over the past three years. He'll touch on topics such as how Shazam got out of reactive firefighting, got on top of out of control monitoring, and stabilised the infrastructure to allow for greater flexibility and innovation.

Jesús is a Site Reliability Engineer at Shazam. He's been with the company for a few years and has seen the company transform from running all of its infrastructure on bare metal servers provisioned using everything from csh scripts to Puppet.

Now that Shazam is committed to moving its infrastructure to the cloud, they needed a way to deploy applications quickly and with little operational overhead. One of the ways Shazam has decided to solve this problem is to use Kubernetes; specifically Google Container Engine. In this talk, Jesús will review some of the lessons learned and best practices for using Kubernetes that Shazam has picked up along the way. He'll also provide insights into what it's like to work with GKE and Docker in a production environment.

Interested in sharing a story at a future event or potentially even sharing your space? Get in touch, [masked]

Look forward to seeing you all on the 24th of August for what looks to be a All Hands event.

The All Hands on DevOps team.

ECS Digital was founded to deliver the consulting experience all customers wish for. Our team are recruited for their DNA as much as their technical ability because honesty and the desire to go the extra mile are key to delivering what we promised, when we promised it, and within the budget we agreed. Consulting the ECS Digital way.

Are you organizing All Hands on DevOps #10?

Claim All Hands on DevOps #10

Are you an organizer of All Hands on DevOps #10 ? 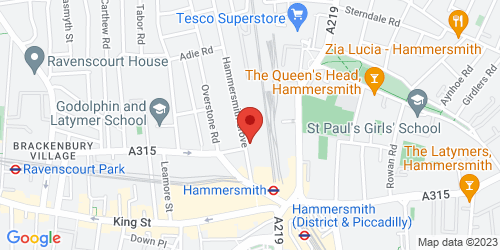