PLEASE REGISTER HERE TO GET YOUR UNIQUE GOTOWEBINAR LINK: http://bit.ly/2mIFg2I

IoT applications and devices is the next wave of technology, but security is a big concern. This webinar will explain the convergence of IoT and Blockchain technology.

As the Internet of Things (IoT) adds more and more devices to the digital fold every day, organizations of all sizes are recognizing the IoT’s potential to improve business processes and, ultimately, accelerate growth.
Meanwhile, the number and variety of IoT solutions has expanded exponentially, creating real challenges. Chief among them: the urgent need for a secure IoT model for performing common tasks such as sensing, processing, storing information, and communicating. But developing such a model involves overcoming numerous hurdles.
Of course, there are multiple ways of looking at the IoT. For instance, the system view divides the IoT into blocks, such as connected things, gateways, network services, and cloud services, while the business view consists of platform, connectivity, business model, and applications. But one common thread connects all these views: security is paramount.

*Why and how to use the blockchain model to secure IoT

*Challenges of blockchain in IoT 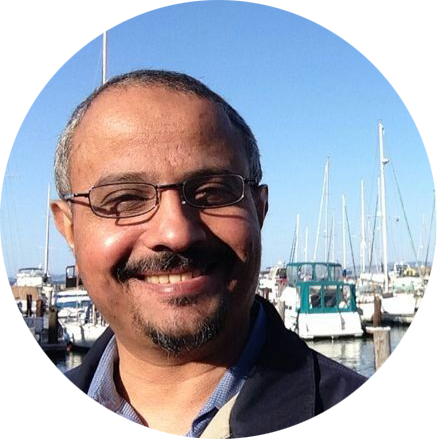 Ahmed Banafa has extensive experience in research, operations and management, with focus on IoT area. He is a reviewer and a technical contributor for the publication of several technical books. He served as a faculty several at well-known universities and colleges, including the University of California, Berkeley; California State University-East Bay; San Jose State University; and University of Massachusetts. He is the recipient of several awards, including Distinguished Tenured Staff Award of 2013, Instructor of the year for 2013, 2014, and Certificate of Honor for Instructor from the City and County of San Francisco. He was named as number one tech voice to follow by LinkedIn in 2016.

Are you organizing A Secure Model of IoT Using Blockchain - Online event?

Are you an organizer of A Secure Model of IoT Using Blockchain - Online event ?