This is the 44th of our monthly hands-on sessions in Apache Heron, a powerful and highly customizable streaming engine originally developed at and currently in production at Twitter.

We will help you prepare you for your journey into *Apache Heron*.
(Our slack link: https://github.com/apache/incubator-heron#slack)

[masked]: Apache Heron - AMA (Ask Me Anything)
This is your time. We are here to Answer your Questions.

Who are here:
Ning Wang, Data Pipeline engineer at Amplitude Analytics. He is passionate about data processing and is an active contributor in Heron project and an Apache Commiter. Prior to Amplitude, he was technical lead of the Real-time Compute team at Twitter, and he had also worked on Twitter website and Observability backend. In addition, Ning spent many years in the game industry working on (not playing, well maybe a little) games.

Josh Fischer, is an Apache Committer and part of the project management committee for Apache Heron. He is currently a software engineer at Evolve24 and has worked with moving large data sets in real time for organizations such as 1904labs and Bayer.

Huijun Wu, is an engineer working at Twitter, Inc. He has been working on the Heron project since 2016 summer when Twitter open sourced Heron code. He is a founding member of the Apache Incubator Heron. He is an Apache Committer.

Nicholas Nezis, has 18 years experience consulting to the Department of Defense and Intelligence Community, designing, developing, and integrating advanced SIGINT, Information Assurance and Cyber solutions. Nick previously worked on various C4ISR remote sensor systems while working as a researcher at the Naval Research Lab. He is a corporate and technical leader with demonstrated experience dealing with complex and highly distributed systems.

Xiaoyao Qian, is an engineer working at Twitter, Inc and an Apache committer. He has been working on the Heron project and other distributed stream processing systems at Twitter since late 2018. He holds BS and MS degrees in CS from UIUC. Xiaoyao has also been a long-time enthusiast in blockchain and decentralized systems.

Neng Lu, is a software engineer at Twitter. He has a broad interest in the distributed system and real-time analytics area. He worked on Twitter's Key-Value storage system (Manhattan), the monitoring system(Cuckoo) and real-time processing system(Heron). He is currently the core member of Twitter's realtime-compute team and the PMC and committer of Apache Incubator Heron project.

Karthik Ramasamy, Co-Founder, has over two decades of experience in real-time data processing, parallel databases, big data infrastructure, and networking. He was engineering manager and technical lead for Real Time Analytics at Twitter, where he co-created the Heron real-time engine. Prior to Twitter, Karthik was co-founder of Locomatix, a company specialized in real-time processing on Hadoop and Cassandra, and worked at Greenplum and Juniper Networks.

Yao Li, is an engineer working at Twitter, Inc. She is working on the Heron project since May 2018, and she is an Apache Committer.

Are you organizing #44: Apache Heron - AMA (Ask Me Anything)? 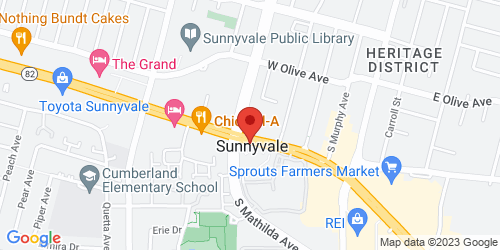