About The Event
New York City Film & Finance network (NYCFF) is a member community of individuals in both the film and finance industries interested in working together to produce independent & feature films for theatrical distribution. As part of Internet Week NY this years event will be a innovative mix of Film, Finance and Technology content to help entrepreneurs, attorneys, bankers, investment managers, entertainment lawyers, film & tech entrepreneurs, mobile developers, tech bloggers, venture capitalists and above the line film professionals (producers, directors, casting directors, etc.) educate themselves on the ever changing landscape of film and also to help them connect on film and television projects.
WHO SHOULD ATTEND?
Entrepreneurs, consultants, attorneys, bankers, investment managers, venture capitalists, angel investors, technologists and other professionals with an interest in the movie business will find this event worthwhile. Everyone who cares about independent film is cordially invited to join us. Are you considering taking an active role in film, or would you like to expand your current involvement? Don't miss this high-value yet low-cost learning experience and the opportunity to connect with like-minded peers. Established & aspiring filmmakers looking to learn more about the latest film business, technology & finance innovations.
WHY ATTEND?
New to film? Need to brush up your topical knowledge? Want to deepen your understanding? Care to participate in an ongoing conversation & community dedicated to the subject? This uniquely valuable gathering is right for you! Gain crucial insights from leading experts in their field. Network with fellow film, technology and finance professionals. Meet potential collaborators and future business partners. All this at a price that is hard to beat.

HOSTS
About NYC Film & Finance Forum (NYCFF)
Organized by SCENEPR!™, New York City Film & Finance network (NYCFF) is a member community of individuals in both the film and finance industries interested in working together to produce independent & feature films for theatrical distribution.
For more information on NYCFF, please visit http://www.nyfilmfinance or visit us on LinkedIN | Do It In Person | Google+
About New York Film Loft NY Film Loft is a one of a kind co-working (what is co-working? Click Here for an explanation), educational and incubator environment specifically designed for the film industry.For more information, please visit http://www.nyfilmloft.com/ or visit us on Twitter | Facebook


7:00-7:30pm: Pre-Mixer Pre-Mixer (Snacks provided by Leske's Bakery, PopChips; Vodka Tasting Station by Balls Vodka)
7:30-8:15pm: CTRL+ALT+COMPLETE: Filmmaking in the Digital World
It’s new era of filmmaking. Everything from screenwriting to finance to distribution is now available online for filmmakers. Founders of TentSquare & Bidslate come to the benefits that tech startups have brought to the film industry and where this is all headed.

Kelly Hadous
CEO/Founder, Win The Room
Kelly Hadous is the CEO and founder of www.wintheroom.com which is a premier training and communication company that transforms public speaking, pitching, leadership and teaches how to leverage social media to communicate and influence even wider audiences. WTR’s foundation is steeped in psychology, strategy and performance.
From Broadway to Wall Street Kelly is a born communicator; as a classically trained actor she lit up her share of stages across the globe, and spent 7 years trading risk arbitrage securities (series 7&63) on the trading floor of Dillon Read & Co. At the heart, she is a communication strategist; a master certified coach, as well as a sought after public speaker who has spoken at 3 TEDx’s on the Art of Communication. Kelly holds degrees from New York University and Columbia University.
URL: http://www.wintheroom.com

Byron Hunter
Award-winning Director
Byron Hunter is an award-winning producer who has produced nearly 100 hours of network television, including television shows "The Source All-Access (NBC)," "Weekend Vibe (FOX)" and "Livin' Large (UPN), and critically acclaimed sports documentaries,"Black Wheels," "Rainbow on the Green," "The Legacy of 21," and "Universal Babe."
Hunter served as East Coast segment Producer for the BET documentary series, "BEEF: The Series," produced by Quincy Jones III, and also served as Producer for Tim Reid’s New Millennium Studios, where he produced the documentary series, "Then and Now" (TV-One), and documentaries for the "American Legacy Series" that aired nationally on ABC-TV stations.
Hunter's most recent documentary, "The Lessons of Hayti" was awarded as Best Documentary at the 2013 Harlem International Film Festival, the 2013 AFI World Peace Festival, and the 2014 North Carolina Black Film Festival.


Evan Jackson Leong
Director/Cinematographer
A sixth-generation Chinese American and native of San Francisco, Evan Jackson Leong will be participating in his third Sundance Film Festival however, LINSANITY marks his first entry as a director at the festival. He previously worked with director Justin Lin on Better Luck Tomorrow (Sundance 2002) and on the action blockbuster, The Fast and the Furious. He also served as co-producer of Lin's Finishing the Game (Sundance 2007). Leong directed two half-hour, nationally broadcast films: Him Mark Lai: The People's Historian and Forging a Feature: The Journey of Better Luck Tomorrow. He previously completed his first feature-length documentary, 1040: Christianity in the New Asia.


Andrew van den Houten
CEO/Founder - TentSquare | Modercine
Andrew van den Houten, CEO and Founder of TentSquare, began his career as a child actor, performing in TV commercials in his native New York City, and as a teenager was a familiar face on the local stand-up comedy circuit. A film graduate of Emerson College, he has been the motivating force behind the development, financing, production and distribution of over a dozen feature length motion pictures. Among them are the cult classic Jack Ketchum’s "The Girl Next Door,” “The Woman,” “All Cheerleaders Die,” the Chiller Network presentation, “Ghoul,” and the 2012 Spirit Award Nominee “In The Family.”
Andrew has gained a solid reputation as a fearless filmmaker willing to tackle the most controversial subjects and as a result attracted the talents of cutting edge filmmakers Lucky McKee, Christopher Sivertson, the McManus Brothers, Patrick Wang and Gregory M. Wilson. His filmic vision and creative courage have been recognized worldwide by The Sundance Film Festival, Toronto International Film Festival, The Independent Spirit Awards, SXSW, The Deauville American Film Festival, Sitges, London FrightFest, Busan International Film Festival, and many others.
Check Out Andrew on: http://www.tentsquare.com http://www.moderncine.com http://www.moderndistrib.com


Roland Rojas
Co-Founder, Bidslate
Roland Rojas is Co-Founder of Bidslate.com, an online transactional platform for the sale of independent film rights. Roland is a New York City native, who received a Master’s Degree in Bio-Psychology from Hunter College, CUNY. His career began in the finance industry, where for the past 17 years he as focused on the Asian Equities markets (primarily the emerging economies of South East Asia). As an Institutional Stockbroker, Roland has sourced numerous capital raising opportunities, both from the private equity area as well as from publicly listed companies domestically and abroad.
Pursuing his interests in film, in 2007 he Co-Founded Hand in Hand Entertainment which has allowed him to utilize his investment banking experience to both advise and actively seek financing for productions of independent films projects, as well as assist in foreign distribution deals. Hand in Hand is in development of several original film and television projects.
URL: http://www.bidslate.com


Fred Siegel
Film Tax & Business Consultant
Fred Siegel is an indie film, tax, and business consultant and founder of Fred Siegel,CPA, specializing in key tax and business issues for producers and dealing with the business of film. Fred has worked for over 20 years with independent filmmakers and their development and production companies, film financing companies, film funds,and creative professionals. His experience includes working on numerous independent films, including “Winters Bone” and “Boys Don’t Cry,” and with acclaimed filmmakers such as Christine Vachon, Debra Granik, and Paul Mezey, as well as filmmakers in earlier stages of their careers. Earlier in his professional life, Fred was a jazz musician and an entrepreneur: those experiences infuse Fred’s professional work today with an independent spirit and artistic bent and understanding of the lives of artists/producers, the world of business, and the interplay between the two. Fred is a graduate of Columbia University (Economics, Phi Beta Kappa, Magna Cum Laude) and attended NYU’s Graduate School of Business (taxation; accounting). Prior to founding Fred Siegel, CPA (1997), Fred worked at Coopers & Lybrand (now PriceWaterhouseCoopers) and a smaller NYC firm focused on the entertainment industry.

MORE TO COME!! We've got some juicy names to add so be sure to stay updated by SIGNING UP FOR OUR MAILING LIST!

Are you an organizer of 2014 NYCFF Film, Finance & Technology Summit ? 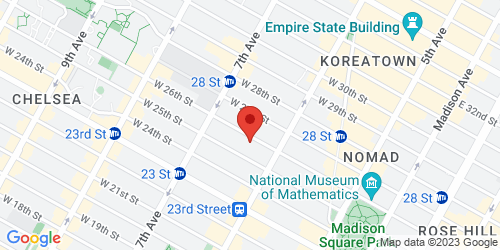