Bibblio is proud to announce it's organizing its first-ever Future of Media & Publishing NYC Meetup hosted by TechHub on Tuesday, April 24, 2018.

• Talk by Winter Mendelson
Winter is the founder and editor-in-chief of Posture, a publication and creative agency that brings women, queer, and POC creatives to the front. They have a background in art, including working for years as the Director of Operations at Maison Gerard in Manhattan, and are now making waves as a producer, editor, and entrepreneur.

• Talk by Maarten Schäfer
Maarten is a keynote speaker, author and business owner at CoolBrands. Since 2010 he has been travelling the world, meeting people with a vision and brands with a purpose. The best stories are shared online with influencers and published in the coffee table book “Around the World in 80 Brands”.

• A panel 'When should a media company embrace new technologies (such as 360 video, AR and VR)?'

- Mads Holmen
Mads is Co-founder and CEO at Bibblio, a leading provider of personalization and content recommendation services. He’s a passionate ‘better web’ advocate and recognized publishing industry commentator. Bibblio works with online platforms like AFAR.com, The Business of Fashion and iPolitics. Before Bibblio, Mads used to help the world’s largest brands reach their audiences online as part of Danish startup goviral. He worked closely with the founding team throughout the company’s rapid expansion and sale to AOL for 96.7m USD in 2011. After the acquisition, Mads continued as planning director for Europe before founding Bibblio in 2014.

- Ben Dietz
Ben is SVP for VICE+, the commercial partnership division of VICE Media. Ben began his career in the music business at Sony, marketing developing artists from around the world in the US, and later taking US artists abroad for Sony in Sydney Australia. He joined VICE in 2004 after a stint as executive producer at Heavy.com, and has spent the last thirteen years working with brands to utilize VICE's unique point of view to reach forward-thinking audiences around the world directly and authentically.

- Veda Shastri
Veda is an immersive video journalist and 360/VR producer at The New York Times. Before she joined NYT in September 2016, Veda was co-producer and writer at PBS Frontline and Assistant Director at CNN. She holds a Master in Arts specialising I’m broadcast journalism and documentary filmmaking.

- Martin Swant
Marty Swant is an Adweek staff writer covering tech, advertising and the intersection of the two. Prior to moving to New York, he spent four months as a political reporter for the Associated Press in Alabama, where he covered the state's 2015 legislative session, the removal of Confederate flags and the legalization of same-sex marriage. Marty's journalism career has taken him to Tennessee, New York, Belgium, Missouri, Minnesota and Alabama. Story subjects, both breaking news and features, have included the following: general business, legislation, economic development, politics, tech, biotech, advertising, publicly traded companies, legal news, tax policy, banking, energy, agriculture and music.

- Zahra Rasool
Zahra is Editorial Lead at Contrast VR, Al Jazeera's immersive media studio. She is a skilled innovation strategist and content producer with a demonstrated experience of working in the startup and news industry. Zahra is an expert in video production, virtual reality (VR), storytelling, social media and emerging technologies.

Are you organizing 1st Future of Media & Publishing NYC Meetup - hosted by TechHub ?

Are you an organizer of 1st Future of Media & Publishing NYC Meetup - hosted by TechHub ? 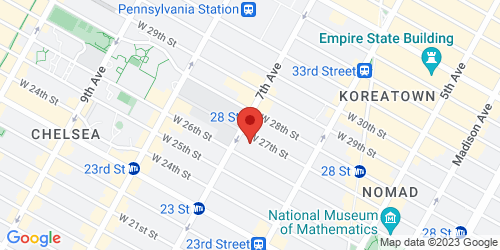