Three resilience patterns with Twitter's Finagle & 10+ reasons why to Kotlin

On average we, as a modern digital human being, look at our smart phones more than 200 times a day. Apart from network connection issues in the few remote urban areas that still exist, we expect servers to deliver the data demanded by our apps on every moment we look. And we are not the only ones: modern digital human beings are scattered around the globe. And think about the big companies gathering our data to draw their digital mental pictures to ‘personalize’ the banners they show to us. And so far, we only considered mobile traffic.
Imagine what this means being a server: you have to deliver your data within a reasonable time 24/7. For each request. No matter what.
Of course, you’ve configured all your hardware redundant. But this talk is not about hardware, it’s about how your software reacts to failures.
Failure is not an option in services that need to be available 24/7. In a service integration environment in which there are a lot of API’s living who in turn call other API’s or backend services, there is a lot that can, and inevitably will go wrong. How do you minimalize the impact of failure?
The solution
In this session, we will show you how to use and configure Twitter's Finagle client. We will show you running Java code examples demonstrating how you build a resilient HTTP client and simulate failure live on stage! Finagle client is written in Scala, and can be used by any JVM-based language.

Effi Bennekers has started copying code from magazines to his Atari 600XL at age 8. By now he has more than 20 years of professional experience developing software for the web, starting out as a multimedia specialist and later switching to backend technologies. He has a strong sense of software quality and loves to learn and share new technologies and paradigms. Organising and contributing to coding dojo’s, knowledge sessions, blended learning trainings, conferences, and giving trainings in Scala and Akka, there is one value he holds highest: Sharing is caring.
Currently he is working for ING as a technical team lead working at securely getting a newly generated application in production in five minutes after just entering its name.

Eggie started scribbling his first code on a Commodore VIC-20, which inspired him to study computer science. He touched Java for the first time in 1997 during his master project.

10+ reasons why to Kotlin

Kotlin has been around for quite some time, and we're seeing its adoption by thousands of developers around the world. The community around it grows stronger by the minute (#hype), it's concise, clean and simple. What else do you need? Not convinced?

In this talk well explore 10-sh features that will hopefully convince you to consider Kotlin as an alternative programming language to Java, JavaScript, and (surprise surprise) Swift!

Serj is an Android Developer at Payconiq. He's been working with Android from the early days of the platform and from the start became an advocate for clean architecture and continuous deliver for mobile before that was a thing. DI is his middle name, Jenkins is his best friend and he eats Gradle for lunch. His love for Java is indisputable, but his latest passion is Kotlin.

Are you organizing Three resilience patterns with Twitter's Finagle & 10+ reasons why to Kotlin?

Are you an organizer of Three resilience patterns with Twitter's Finagle & 10+ reasons why to Kotlin ? 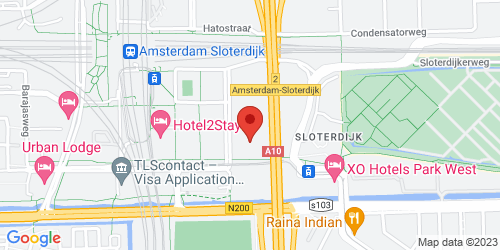